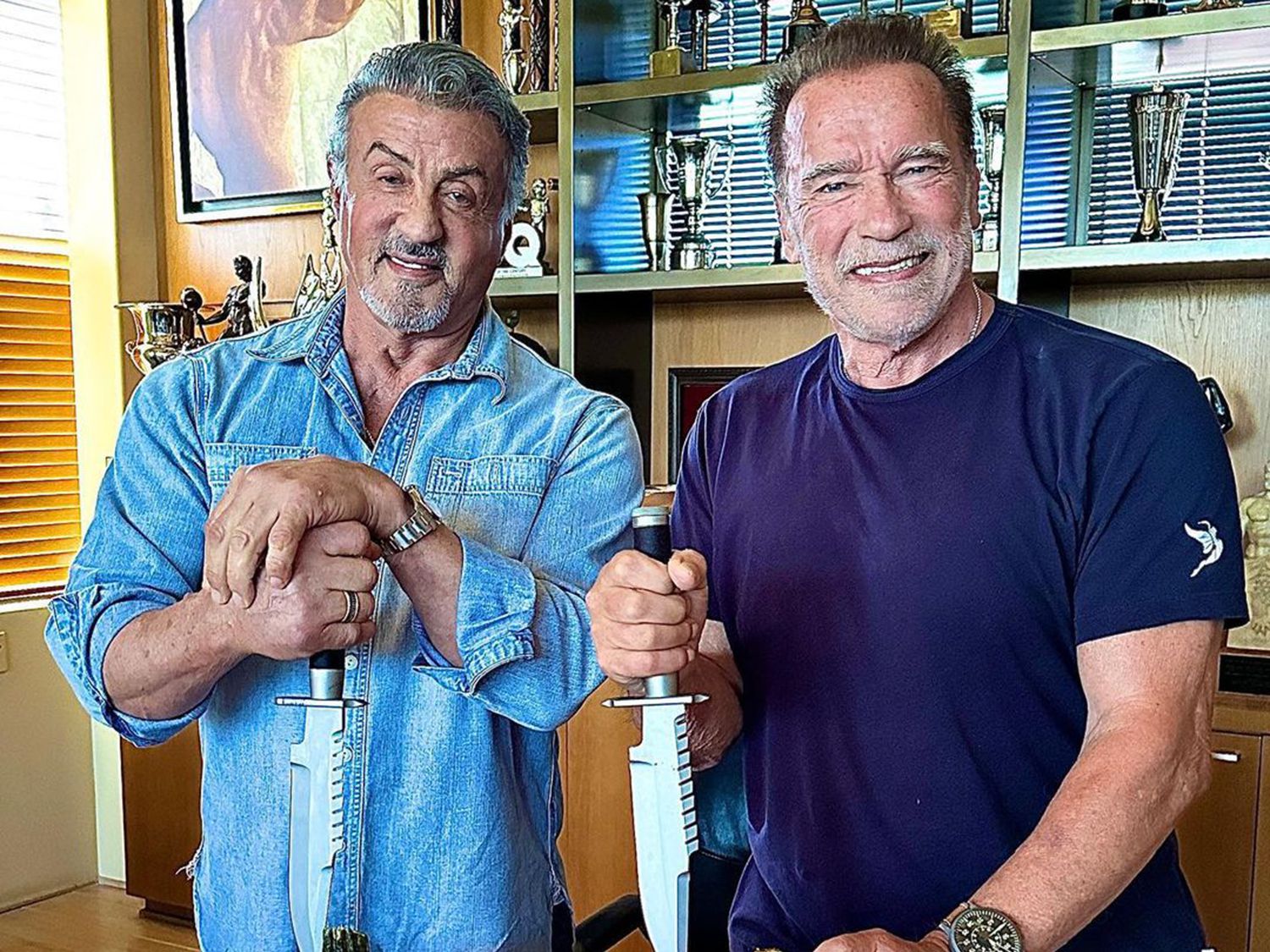 Arnold Schwarzenegger and Sylvester Stallone are gearing up for the spooky season — and the action movie icons are certainly equipped with the proper tools!

On Tuesday, the Terminator star reunited with his Expendables cast mate, sharing a picture of the duo posing next to each other for a pumpkin carving session for their Halloween celebration.

In the snapshot, the superstar actors flashed huge grins while holding enormous survival knives with the blades pointed at the two carved pumpkins placed on a table in front of them.

Of course, fans know each macho action actor has used similar knives in their classic films, including Rambo for Stallone and Commando for Schwarzenegger.

The two old friends were also paling around earlier in the month when Sly, 76, took part in Schwarzenegger’s charity event for After School All-Stars.

“Congratulations to my great friend @schwarzenegger who had an incredibly successful charity event to benefit the children THE AFTER SCHOOL ALLSTARS … Still looking strong as a Bull!” Stallone captioned the shot of the duo sporting cowboy hats and enjoying cigars.

The two became friends after appearing together in films like Escape Plan and The Expendables, but their friendship wasn’t always smooth sailing. There was quite the rivalry between the two blockbuster action stars in that ’80s heyday.

“I’m so glad we straightened out our mess because it wasn’t pretty,” the former California governor said in 2017 at the Beyond Fest in Los Angeles, according to SlashFilm. “We were attacking each other in the press relentlessly. We called each other names and called out our weak points, and it was so competitive.”

When Stallone lost the best-supporting actor Oscar to Mark Rylance in 2016. Schwarzenegger congratulated him on his whirlwind awards season, saying, “Sly, no matter what they say, remember, to me you are the best. You were the winner, I’m proud of you.”

Stallone later responded to Schwarzenegger with a bromantic selfie video on Instagram, saying, “Hey Arnold, thanks for the words of encouragement.”

“I’ll see you soon, and good luck on your new show,” he added at the time.