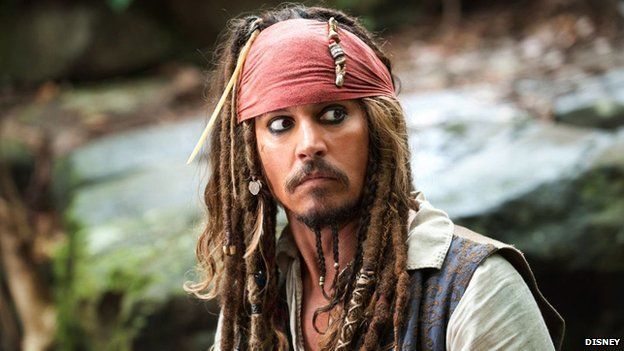 Johnny Depp is winning again, this time, in the Halloween costume aisle. According to a report by TMZ, costumes of Jack Sparrow, the rum-loving pirate Depp depicted in Disney’s Pirates of the Caribbean film series, are among the most in-demand this year.

The spike comes after Depp’s win in a lawsuit this past June against his ex-wife Amber Heard reset his public standing.

The tabloid website says HalloweenCostumes.com, the largest costume retailer in the world, has seen a 90% sales spike in Jack Sparrow costumes, despite the fact that Johnny Depp hasn’t portrayed the character on-screen since 2017’s Pirates of the Caribbean: Dead Men Tell No Tales. Regardless, he’s a popular choice for Halloween partygoers.

The constant media bombardment of the Johnny Depp defamation trial seems to have produced an unexpected side effect: a renewed interest in the 59-year-old actor’s movies. That appears to include his Pirates movies, and that means more Jack Sparrows will be hitting Halloween parties later this month.

The renewed interest in the Pirates of the Caribbean movies may end up giving Johnny Depp the comeback he is hoping for. Back in 2020, Disney and Depp seemingly parted ways, as the studio announced a new Pirates movie would seek a female lead, and Depp would not return to the role.

However, as Disney seems to be heavily motivated by merchandise sales, seeing Jack Sparrow Halloween costumes selling out nationwide could entice them to ask the actor to don his hat and dreadlocks and man the helm of the Black Pearl once more.

The Pirates movies have grossed over $4 billion dollars worldwide, and the costume sales will only add more cash to Disney’s coffers. Johnny Depp fans hoping to grab a Jack Sparrow Halloween costume have two choices: the budget costume that costs $85 to $95 dollars, and the deluxe costume (for serious pirates), which will set you back $245 to $299. If you’re considering grabbing one, act quickly, as stores have reportedly sold 85% of their inventory already.

The Jack Sparrow costume is reportedly outselling other popular costumes, including a Maverick flightsuit from Top Gun, the witches from Hocus Pocus, and Buzz Lightyear.

It certainly isn’t out of the question for the story of Jack Sparrow to continue. In 2017’s Dead Men Tell No Tales, the film ended with Johnny Depp’s Jack seeing the reunion of Will Turner (Orlando Bloom) and Elizabeth Swann (Keira Knightley), and teased the return of Davy Jones (Bill Nighy). Continuing that story line would not only excite fans worldwide, it might inspire sales of Davy Jones Halloween masks.

As for Johnny Depp, the spike in Halloween costume sales of his signature character is the latest win in an already positive year for the actor.

He was awarded over $10 million in damages from his ex-wife Amber Heard, whose appearance in the upcoming Aquaman and the Lost Kingdom is now rumored to be in question. He is also touring with his band again and recently signed a deal continuing as the spokesman for Dior’s Sauvage cologne.