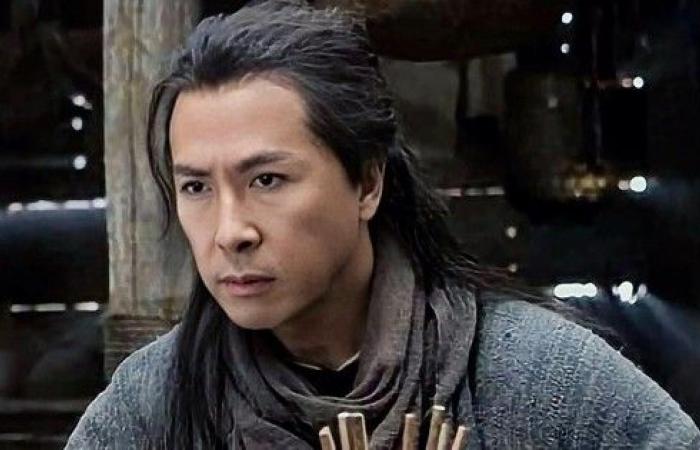 Martial arts superstar Donnie Yen, once dubbed the “strongest man in the universe”, has become the butt of jokes after he was seen using a body double during a mega production recently, reported China Press.

The 59-year-old, who is best known for his role in the Ip Man movie series, will be starring as Qiao Feng in the 200 million yuan (RM120mil) remake of Demi-Gods and Semi-Devils, a popular martial novel by Louis Cha.

Leaked photos from the production set showed a man dressed exactly like Yen and spotting the same hairstyle standing beside him.

Many netizens poked fun at Yen for resorting to using stunt doubles for action scenes, comparing him to veteran actor Jackie Chan who they said performed all his stunts.

However, there were those who reasoned that Yen could no longer afford to get hurt due his high fees.

Demi-Gods and Semi-Devils is a fictional tale set in China’s Northern Song Dynasty and its main theme features complex, troubled relationships among characters from various empires and martial arts sects during that period.

He was the first person in his village to attend university but an addiction to video games caused him to drop out of school, which led to him spending the next 20 years doing odd jobs and ending up homeless, reported Sin Chew Daily.

The man known as Along was reunited with his family after police found him wandering in the streets scavenging for recyclable material.

Police officer Lai Yuqiang, who found Along in Guangdong, China, said the man looked dishevelled, his clothes in tatters and without any identity card.